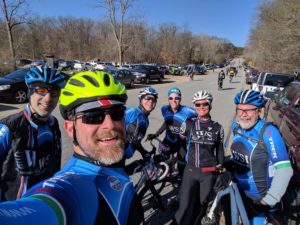 This past weekend, several WSI Cycling racers headed to Lowell, Michigan for the Lowel 50 Classic Gravel Road Race. Compared to the last gravel race (Barry-Roubaix) the weather couldn’t have been better. Everyone on the team did the 34-mile route with one rider taking 2nd in her age group, getting WSI Cycling on the podium again (congrats Kellie). 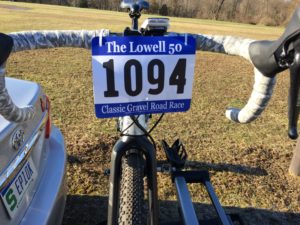 It was a beautiful sunny day in Lowell for some gravel road action. I gave it all I could for the day finishing the 34-mile race in 2:24:26, which put me in 22nd place. 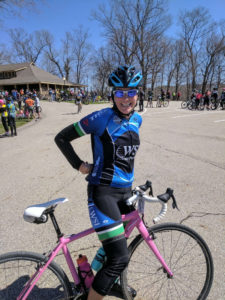 After the weather challenge of Barry Roubaix, Lowell completely made up for it with a sunny, spring day with mild temps. The 34-mile course winds through farm country. Now that the snow is gone, the fields and yards are green with life and it feels like the promise of summer to a cyclist. The roads were fast, with a little bit of wind and an added challenge: potholes. Lowell was a great race, and I rolled in not with a great performance, but a fun time anyway. Scotty finished 21st overall for the 57. 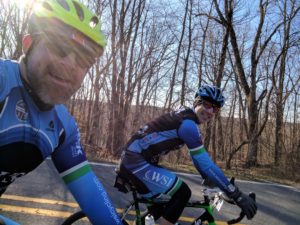 This was my 4th Lowell race and I really enjoy it – good race to test some early season fitness and a good day out.  Fun course and good road conditions (except for some nasty potholes this year).  I spent a long weekend cycling in Georgia last weekend and was hoping that fitness bump would help a bit more for this race but overall I felt a bit flat.  I felt better toward the end and in the last few miles hooked up with a small group, unfortunately, someone smacked my last back wheel and took some others down.  Everyone was OK which was good – you hate to see people get injured this early.  The crash took me out of my final groove a bit but I ended up 8th in my 50-54 age group with a time of 1.47.  A pretty typical time for me at this race for some reason.  If I can do the fall version again I will go out a bit faster and get ahead of the crowd.  It was great to see all of the other WSI team out for this one.

Not doing the Barry-Roubaix or Melting Man, I headed to the Lowell 50 feeling kinda guilty that I didn’t have a gravel race under my belt yet this year. However, if I was going to pick one to start the year with, this was the one. The weather was a bit brisk during warm-up, but by the time we were ready to race, it was warming up nicely (and the sun was shining the entire time, making for a great day on the bike). 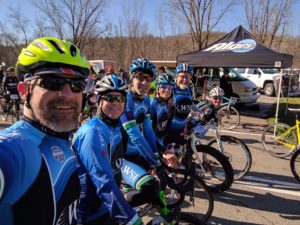 The initial course conditions report from the organizers the day before indicated the roads had dried up nicely (lots of rain the week before), but there were a lot of potholes, so watch out! Um, yeah… understatement. The gravel roads were littered with water bottles that had been ejected from their cages as riders tried to (unsuccessfully) avoid the craters that seemed to be unavoidable at times. By mile three, one of mine had become a casualty, putting me on notice that I had one water bottle for the remaining 31 miles. I have to admit, each time I went over a bump, I took a quick peek down to make sure that I at least had my solo bottle remaining.

Water bottle issues aside, I started off feeling pretty good, but then came the first hill. It was at that time when I realized my lack of training the week prior had come back to haunt me. I decided at that time I was going to settle in and push it as hard as I could, but that likely was not going to be sufficient for any significant placement in the standings. I was fine with that, however, and with the awesome weather and my heart rate maxed, I just kept on pedaling (and sipping from my single water bottle). 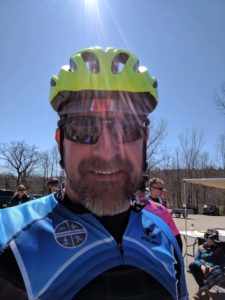 I came across the finish line with a time of just over 2:02. I was happy with my results, given that I really couldn’t have gone any faster. Right after the finish, the legs started cramping (they were giving me signals during the last few miles), so that meant I didn’t have anything left in the tank. As great as the race was, I’d have to say the best part of the day was being with my fellow teammates and cheering them on (and, of course, the laughs and good times). I was the second WSI Cycling rider to come across the line and was nice to see Danny there waiting for me. Then along came Kellie, Matt, David, and Katie, each one excited to be done and commenting on how great of a day it was to be on the bike. 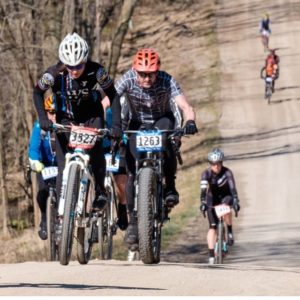 Race day and sunshine is exactly what we all needed after the last few races! The course was full of potholes, but still so much better than mud. I placed 2nd in my age group with a 2: 04:20. 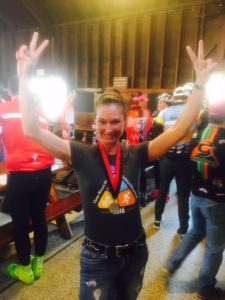 The Lowell 50 comes around again in the Fall, with many of our riders planning on being there. So, if you’re looking for another great race to help bring the season to a close, we’ll see you on October 28th for the Fall edition!