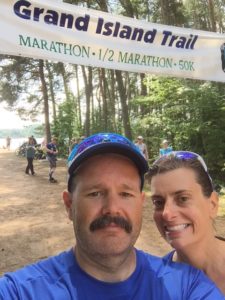 Kevin and I went back to Grand Island to run the Grand Island Trail Marathon and Half Marathon July 22nd. The Island sits among the forests and beaches of Lake Superior’s Pictured Rocks National Lakeshore and is simply one of the most beautiful places in Michigan (at least we think so).

It’s an early-morning ferry ride to the Island, then a short wait to start the race. I began my race at 6 am, along with the ultra runners and other early-start marathoners. It was just getting light as we started our run and you could see the sun coming up over the horizon as the starting gun went off.The trails are a mix of two-track trails and singletrack. The route follows the perimeter of the Island, running along the beach sand in places, and climbing up to overlook the sandstone cliffs. The area had a lot of rain, so bugs and wash-outs were plentiful, along with mud and humidity. It was a tough, beautiful course. I set a goal to finish around 6 hours and came close, but in the end, I slugged it out to finish 6:12. 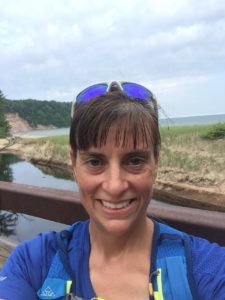 Kevin started at 8 am for the half marathon finish. Like me, he got to enjoy the humidity (did I mention there were lots of bugs too) during his time on the course, finishing his 13.1 miles in 1:57.

If you’re thinking of heading to this race sometime, here’s a few interesting things about this race to note. The race has amazing and wonderful volunteers, who fill your water bottle at the aid stations (no cups, in fact, everything is pack-in, pack-out). Also, swimming in Lake Superior after the race is divine! Yes, a bit chilly, but after a race like this, it’s a refreshing break and a great way to cool down (quickly). One last note, watch out for the Sasquatch that lives on the mainland! We hear he got to meet one of our other WSI Cycling teammates the week prior. LOL ~Katie (and Kevin) Bridges 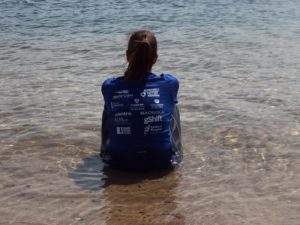 When there’s a race in your own backyard, you can’t pass up the opportunity to be involved in something local, and unique. The Battle Creek Half Marathon and 5k, in its 2nd year of existence, offers runners a fun course complete with planes, runways, and great lake views. The WSI team tackled the event from all fronts; from race directing, to providing bike lead out, to racing on two legs instead of two wheels.

With such a large event, we recruited our neighboring cycling team, Custer Cyclery, for the event as well.

Danny ran the half marathon for the second year in a row. To him, it is one of the best organized events he has done.  Great course, volunteers and all around organization. Once again he joined the 7:30 pace group with a goal of finishing with them.  Last year he elected to drop off around the 10-11 mile mark to save the legs a bit.  With a few more long runs in the weeks leading up to it, he thought he would make it. But around 10 miles the legs and hips tightened up so he elected to back off and finish well. Overall he finished second in his age group and 22nd overall. Not too shabby at all!

Holly also ran the half marathon.

Matt elected for the 5k as he had to scoot off to work shortly after. At least he could squeeze it in. He loves the well organized events put on by Cereal City Athletics. The course was well marked and volunteers were everywhere. The beautiful, cool morning helped as well. Matt chose this event to support WSI sponsors, the local community and St. Jude Children’s Research through Charity Miles. With a goal of finishing under 27, he blew it out of the water with a finish time of 24:32. Way to rack it, Matt.

Josh decided to run the 5k as well and wasn’t quite sure how great his performance would be given last year was pretty much a loss due to an early season knee injury.  It’s been a tough year getting back to it but his runs are improving and his cycling base is coming back.  His goal was to run the 5k in around 25min and he finished in 24:37.  That was a nice way to get back to racing and he plans to run a couple more 5ks this year, compete in the Cereal City Du coming up in a couple weeks as well as some fall races to complete his 2017 season.

Charles ran the half marathon as well. Not his best, but he finished. Who can blame him for being exhausted before the race even started from a 4:30 set up start to unloading a 30 foot trailer all before the race start at 7 am?

As for me, Nikki, I was behind the scenes, putting out fires, making sure aid stations were set up, taping all the turns, and so forth. The hours upon hours of emails, coordinating with local businesses and PD, answering questions  and so forth were all made worth it when I got to take a short break and watch runners cross the finish line! (And I promise, I did not threaten my teammates in any way to say such nice things about the event!)

The circus has been on hiatus since late April following an operation.  I have recovered, built the legs back to mediocre and decided to tackle the BTR criterium in Kalamazoo.

This was my first skinny tire race in almost 14 years.  I gave it up then because the corners are too fast and you put too much trust in people you really don’t trust.  The pace was still fast and the sketchiest bike handler on course was me.
Michael, Jeff and I put on a solid showing in the Cat 5 citizens race by hanging tough with a blistering fast group until the bell lap when all three of us fell off when the sprint group took off.
I was very happy to put in some solid efforts at the front and stir things up as best I could.
Next up will be fatter tires at the 8 Hours of Ithaca relay followed by Ore to Shore in August.
A special thanks to the Trek Store of Battle Creek and WSI cycling for their continued support.
Until next time.
~Dan Frayer 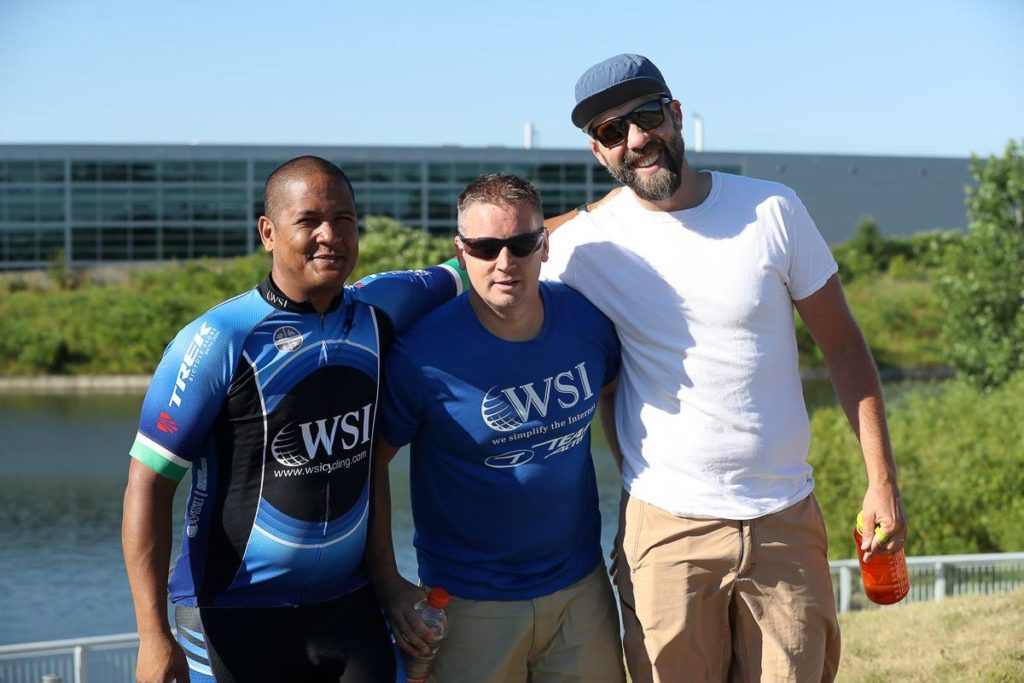