Riders had a beautiful day for racing the Yankee Springs TT on Saturday, April 23. The overall consensus from the team was the weather coupled with a fast course made for a great day!

Jeff had a later start time and found himself constantly passing riders, until he was passed himself and ended up in the weeds for a short second. Stacy learned a hard lesson about sleep deprivation and racing, and Keith didn’t quite perform as well as hoped. Both Stacy and Keith, however, walked away with some sweet raffle prizes, including s 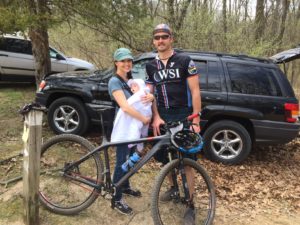 unglasses and a set of 29ers.

Dwight seems to enjoy challenges and has constantly raced this year in either single speed or fat tire. For Yankee he opted for single speed and finished in 6th place with a time of 53:30. The great weather even brought his biggest fan, his daughter, out for the event.

Regardless of times, finishes or prizes, the time spent with fellow cyclists, on the trails, and in the sun resulted in a winning day! 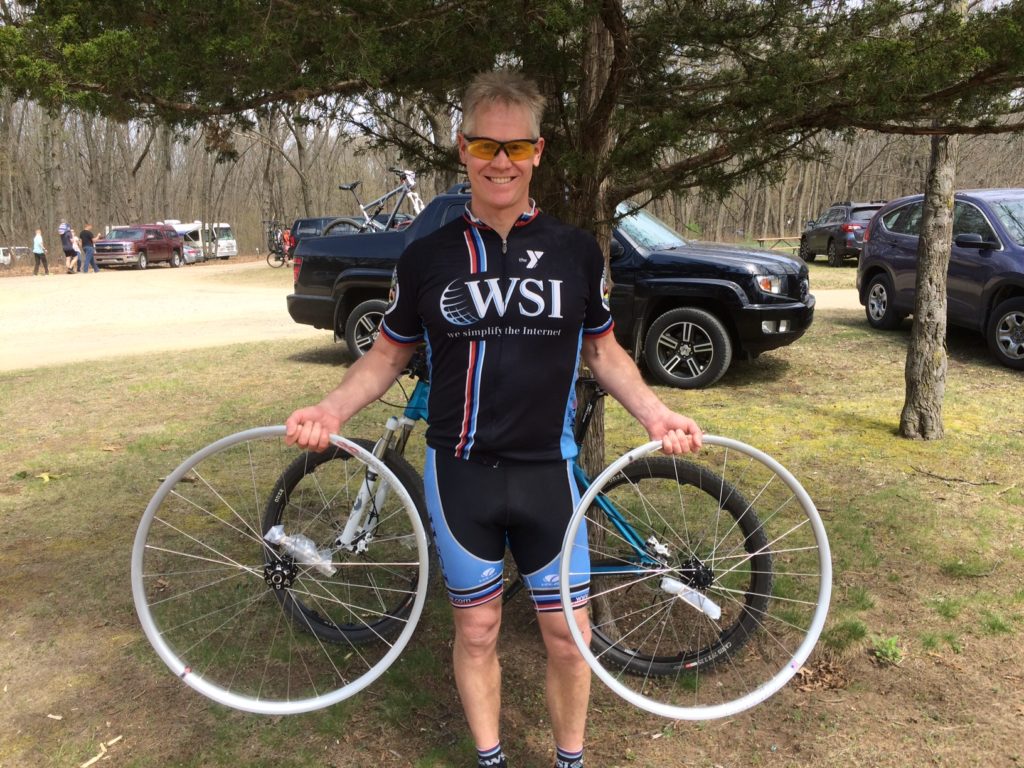 Most High School Seniors are getting Senior-itis, but our Marie decides to set a goal- a Bucket List before graduation- of running a Half Marathon. She loves the trails so she and I set our goal for the Trail Half, which is par 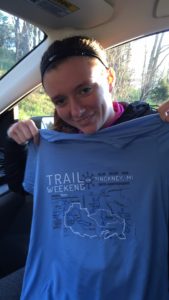 t of Trail Marathon Weekend over on the Potowatamie Trail near Chelsea, Michigan. The Poto is a hilly, scenic trail, and we had a beautiful day to run.

They sent groups out in waves self-seated by mile times, to allow the 700 runners to space themselves out along the trail. We got in with a good group and worked a nice, steady pace. This course is hilly!

By the 2nd aid station around mile 7, the trail flattened out a bit and Marie picked up the pace. It was tough to stick with her for awhile! We ran the last 6 miles a little quicker, even though I was beginning to feel the pain in those last few miles. It got hilly those last miles, too!

We finished in just seconds over 3 hours. Marie received her “medal” which wasn’t metal at all, but wood. The giant chocolate-chunk cookies and cupcakes at the finish line were the “icing on the cake.”

Seeing her run for fun and to accomplish a goal has been so rewarding for me. She is graduating and getting ready for college, and I know she’s got what it takes to achieve anything she sets her heart and mind to. 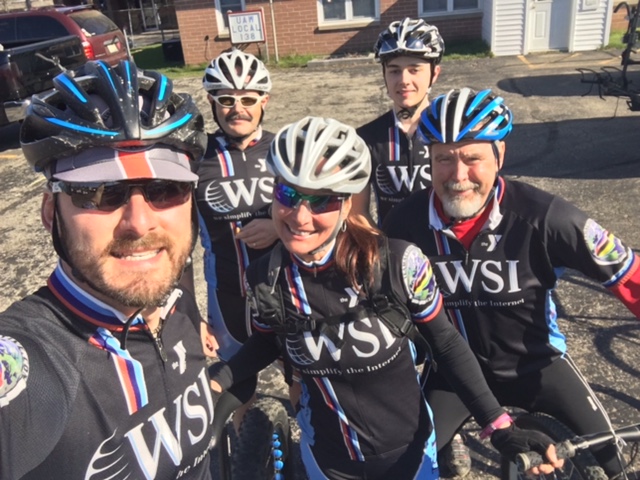 Saturday, April 16, thousands of riders lined the streets of Downtown Hastings awaiting their time to begin the Barry-Roubaix Gravel Road Challenge. It was a year of shedding layers, battling the heat and trying to see through the dust storm! In the words of WSI rider Jeff Cachero, it was a “hot, dusty mess!”

Riders picked their poison with routes at 22 miles, 36 miles and 62 miles. The majority of WSI riders opted for the 36 mile route, while a few brave souls (Matt Wright) ventured out for the 62 mile “killer” course. Some (Dwight) even decided to race on a fat bike. The common theme for all riders was the dust. It has been awhile since riders had seen dry, warmer weather at Barry-Roubaix, but Spring showed up, finally, for 2016!

Scott Bridges came in with an exciting ending. Rounding the corner and eyes on the prize, the rider to his inside touched his bars, was unable to make the turn as sharp as needed, and crashed into the barriers. In the midst of it the rider’s foot, or something, got tangled in his spokes. Knowing he had an injured bike, he coasted through the finish not wanting to risk pedaling. He held a strong 3rd place finish for his age group and 20th overall for the 36-miler. The crashed rider crossed the finish on foot, bike over his shoulders with a crowd cheering him on.

Katie Bridges moved up to the 36 miler for the first time this year and enjoyed the sights and scenery, despite Scott telling her she needs to pedal faster, while Kevin Bridges and Charles Elder set new PRs for themselves on the course.

David Goff and Jeff Cachero have vowed that this race has motivate them to work and train harder.

Overall, Barry-Roubaix and the town of Hastings do an amazing job at putting on a great event. Every year, regardless of times, PRs and conditions, it is a great start to the race season with fellow cycling friends form around the area. As Kelli Kramer put it, “I didn’t place this year, but I had fun anyway!” Jack Miner and his duck-calling dad even made a surprise appearance cheering on his old teammates. 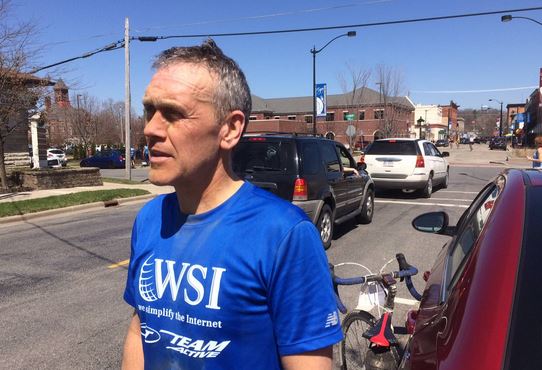