I raced the Olympic distance at Seahorse this year, the water was the warmest I have ever swam in at this event. Normally Seahorse is a cold swim, but this year the water was close to 70 degrees. The run was also warmer than usual, 3-D did a great job and provided cold wet towels on the run course. 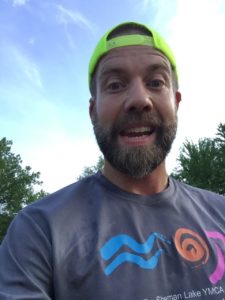 The Trail: Kal Haven
The Tunes: Tool
The Fuel: Espresso and Espresso
The Distance: 5k
The Result: PR and 2nd place overall 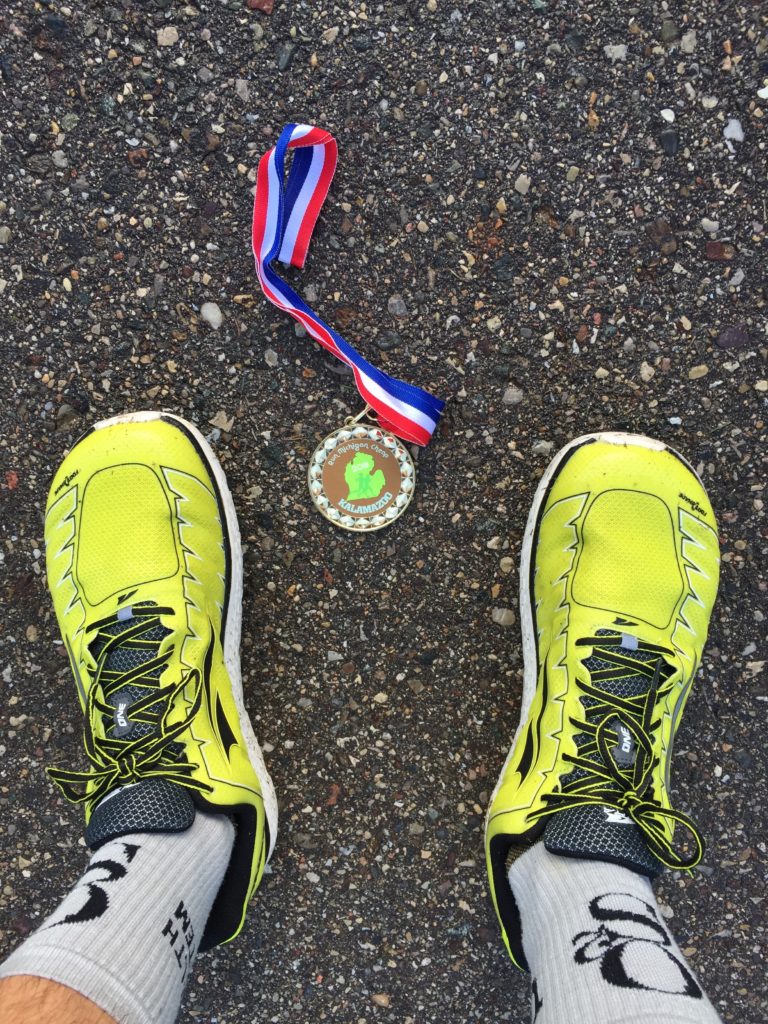 Barry Roubaix signals the official start of spring for many riders. The largest gravel road race within a stone’s throw of Battle Creek is a local favorite. Race day weather could not have been better and riders were treated with glimpses of the long awaited sunshine.

Dan opted for the 36 miler. After grinding up “The Wall” he saw someone offering neutral support on the side of the road.  The trunk of their 90s era sedan was popped open with a sign that read Water, Beer, Tire Pump.
He existentially reflected on these offerings for the remainder of the race realizing that those are the only things a person really needs.  A simple life is a happy life.
The 2018 “Dusty” edition Barry Roubaix is in the books as race Number 3 of the Michigan Gravel Race Series for Dan and he crossed the line after 36 miles 20/49 in his age group with a time of 2 hours and 2 minutes.
May signals a transition from gravel to multi-sport.

Matt, Nikki and Katie all raced the 22 miler. Matt finished 20 out of 73 in his age group and spent his time post-race at the after party and the after-after party for food and beverages at a Hastings staple, The Walldorff Brewpub.

Katie and Nikki lined up in the 2nd to last wave of the day with the women’s 22 miler group. It was Nikki’s first experience being on the racing side of the fence, after being a spectator at the event for many years. The two decided early on they would most likely stick together, and that they did. While it may not have been racing speed, the hills were no joke and the effort was there. Katie had a minor bike fiasco which put her on a “single speed” for about 3/4 of the ride and the poor guy helping her lost a contact in the dirt. Nikki may have needed to take a quick bathroom break at THE ONLY port-a-john on the course. Or maybe it was just a reason to rest the legs after the mountain climbing (but really, when you gotta pee, you gotta pee).

The best advice for the newcomer that was offered, “You WILL walk, just get off your bike and get back on at the top and keep going. It happens to the best of us.” The best of us may be better off staying away from the three sisters. You know what they say about them.

All-in-all it was a great day to ride a bike. 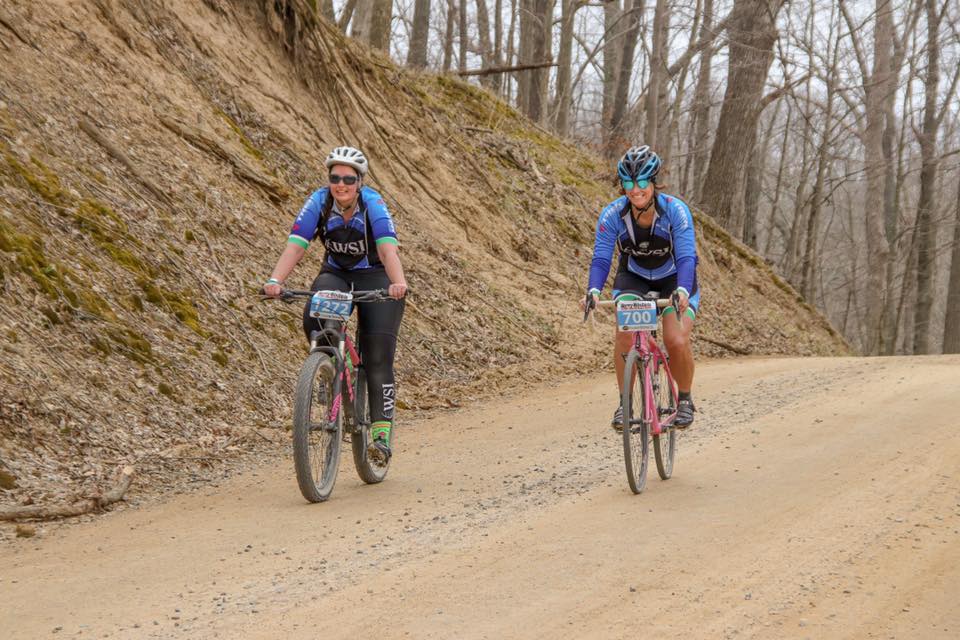 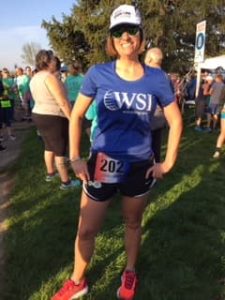 I raced on Sunday, May 6 by starting my day at the Borgess 10K in Kalamazoo. It was a beautiful morning, and the race had an exciting vibe. Borgess features a Marathon, Half, a 10K and 5K. At this event the last mile was dedicated to veterans, and I was honored with a red, white and blue bib number for my race!

I rested a few hours and headed to Fort Custer for the Sport Category of the Stampede. The race featured many of my favorite parts of the mountain bike trails. It was fun to mix it up and cruise for two laps of the course. By the end of lap 2, I was pretty tired! It had been a long day of racing but so much fun to cross the finish line twice!