Dream. Believe. Achieve. It’s a triathlon, hosted at Sandy Pines Resort near Grand Rapids. The name alone caught me, and I was all-in. All week the forecast looked bad, with thunderstorms which would cancel the race. When my alarm went off at 4:20, I checked the weather and that was when I realized… today, I was lucky. It was my day. The race was ON.

The swim went great for me, which is a big deal because often the swim is where things go bad, very very bad. I stayed… chill. The water was flat, 77 degrees, and not trying to drown me. Then it was time to get on the bike. The course was very hilly, which went okay for the most part. It was so much fun roaring down those hills, but going up really causes the burn. I was worried that I was pushing too hard on the bike, and I wouldn’t have anything left for the run. But, the bike is the fun part, right? I had forgotten my chomps and I was hungry when I got to T2. I NEVER eat the Hammergels, but I sampled apple, something berrie and the huckleberry along the run course to keep going. The run went through the Sandy Pines park, and was flat and full of people cheering and encouraging the runners along the route. Two loops through the park, and I was headed back to the finish.

I ended up finishing first in my age group! The post race festivities included a cold Pepsi, some snacks and I even won a raffle prize. See, I told you it was my lucky day!!

The grieving process takes time, and until now I have not been ready to relive the race that severely injured my beloved two wheeled ride.

My race season began in early May at the Fort Custer Stampede on May 4. After the harsh winter we had and little riding opportunities, I am sure I was not the only one feeling unprepared for this race. My wave took off at a faster than normal pace heading into the single track. I knew at that moment I was in trouble. Overall, it was an uneventful race (on my part), finishing middle of the pack in the sport class. 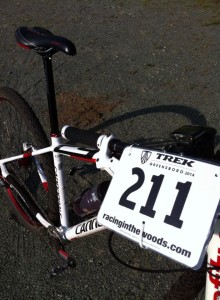 Amidst traveling for work the following week, I came across a Wednesday night race series where I was in North Carolina. Every Wednesday night mountain bikers met in different locations of Greensboro for the Racing in the Woods summer race series. New trails, new riders, new sights: why not? I raced sport class on a whole new hilly terrain. It was a constant course of down hill, up hill, corner, and repeat. The climbing made it hard to gain any type of momentum. I finished dead last. Looking at the results, the sport class riders which I raced, were posting the same lap times as the elite riders. No wonder I was feeling slow. Regardless, it was still a fun way to spend a Wednesday night while on the road. Definitely beat sitting in the hotel. (Side note: the trail system and mountain biking trails are amazing, and easily accessible through almost anywhere in the city. If you are ever near or in Greensboro, I highly suggest checking some out.)

In just a couple of short weeks it was time once again to hit familiar trials and race Yankee Springs TT. My recollection of this race is about vividly in my memory and as I think about it I still get choked up, or rather feel like choking someone. The start felt great and I was

able to catch about 10 riders within the first 2 miles. Finally, I was in my groove. Around mile 4 I got a little too familiar with the terrain when I flew over my handlebars at a corner. Pick it up and keep on going. I was riding solid while struggling on the up hills. With about 3 miles left, a pink jersey rider flew past me and became my “rabbit”. With the finish line in sight I saw my “rabbit” only 6 bike lengths ahead with one rider in between us. I gave it all I had on the last corner and the flat and pushed forward. I flew up next to him ready to pass reaching 22 mph and my “rabbit” did not want to be passed. It gave the spectators quite a show when I flew over the handle bars off of the course a remarkable distance. The response told me it didn’t look good, and there was definitely some amazement that I was uninjured. My bike, however, didn’t make it out as easily. I ran my bike, with its wobbling bent front wheel, across the finish. Not the fastest, not the slowest, but I finished. Then I had to make the phone call home and break the bad news. My wife always tells me to not hurt the bike. “You’re insured, the bike is not” she says. Well, sorry to disappoint this time, but the bike took the brunt of the fall and it will never be the same again.

I ended my month of May with a Christmas gift. My wife and I were registered to run the Seahorse Duathlon on May 25th at Coldbrook Park. Luckily, this was not a race that required my mountain bike. Coming into this race I do not think I had even ran six miles, total, for the

entire year so I was not expecting much. The run was challenging mixed with trail, paved and unpaved road and even some stairs. There were only 12 participants in the duathlon. I was happy to see that I was the third fastest on the bike portion overall (especially considering the beast, Danny Wolin, was number 1). I was 1st in my age group, as well as the only one in my age group. The highlight of this race was seeing so many other WSI teammates on the course and after.

May was eventful, to say the least. My mountain bike has been repaired and put back together. It’s rideable, but not the same. My custom Project 321 red rims no longer match. Still grieving (a.k.a. pouting). *insert sad face*

Race report written for Charles Elder by Nikki Elder (give credit where credit is due).

It was a beautiful day for a triathlon in Middleville, MI at YMCA Camp Manitou-Lin. The water temp was just cool enough to make it “wesuit legal”. I felt like I had a really good swim: 750 meters in 11 minutes and 43 seconds. Then on to the 13.5 mile rolling bike course which I completed in 35 minutes and 32 seconds for an average speed of 20.8 MPH. I finished 2nd over all in the sprint aquabike division. Matt Wright 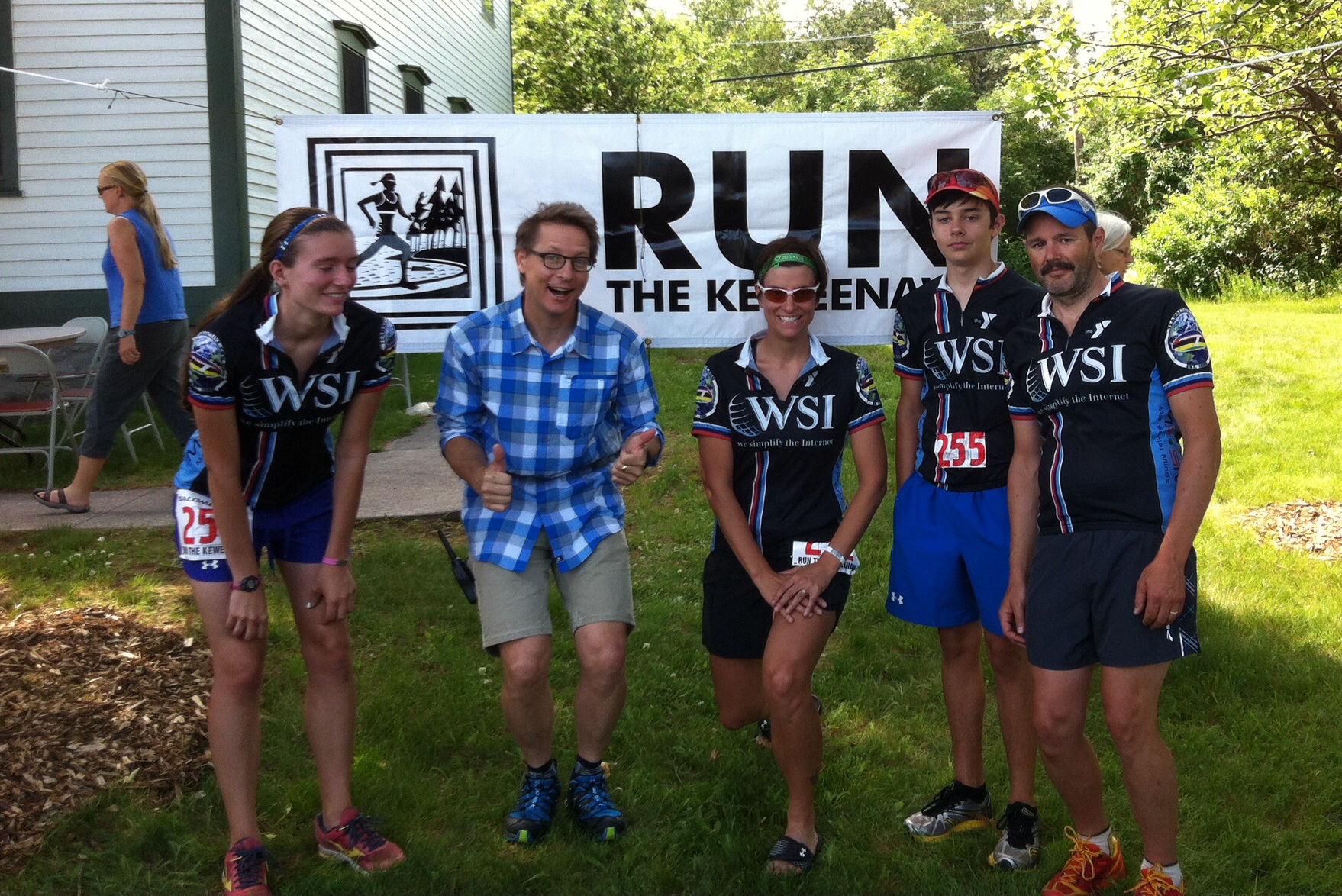 Copper Harbor and Eagle Harbor are about as far north as you can get in Michigan. It is the setting of Run the Keweenaw, a set of three trail races which challenge, amaze and inspire. The trail runners among us spent quality time dodging roots, rocks and (occasionally) water to test our inner mountain goat. Kevin accomplished the series, finishing with a beauty of a blister and a smile. The kids and I ran the hill climb (really BIG hill) and the Copper Harbor Trail 12k. The kids and I scored some age group places, with coffee beans, handmade soap and bug lotion as our awards. I’m sure I’ll use that bug stuff up here soon! It was an awesome weekend, the RD Mike was awesome and I can’t wait to run these trails again.