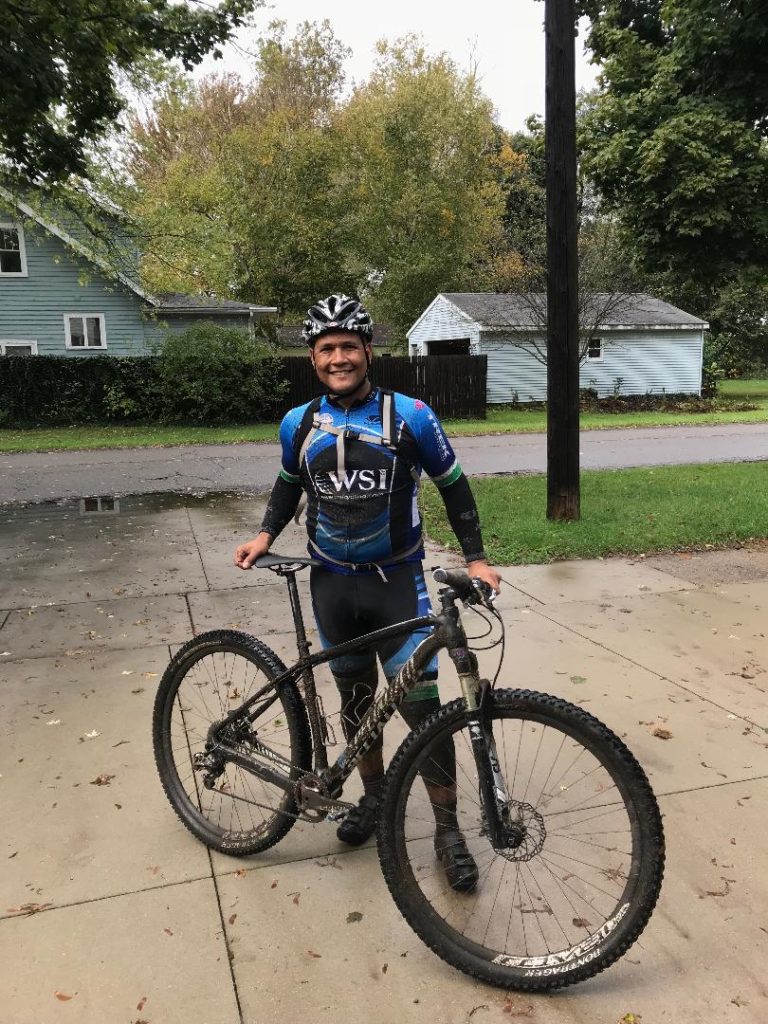 This weekend was supposed to be a double-header with the Fear The Forest Cyclocross race on Saturday at the Ziegler Action Sport complex and the RunUp Milwood Park Cyclocross race at Milham Park. On Friday afternoon, saw a post on the Fear The Forest Facebook page that they were cancelling due to predicted severe weather and low pre-registrations. I gave them a little heat posting a pic of what a real cyclocross looks like in Europe. As Saturday came around, I could see why they would have cancelled, but I would have been there without a moment’s hesitation. Fortunately, The RunUp guys and Pedal Bikes stood strong and ran the race.

I raced both the C and B races. I finished C’s 3 lap race 5th out of 22. I did not pre ride the course and was learning the turns and obstacles as I went. With that said, I was pretty wasted after the race. I finished B’s 7 laps 22 out of 24! What the hell happened there?!?! I started at the back because I missed the line up call. Through the first lap, I thought I worked my way up to around close to halfway through the pack. I conserved energy since I had a couple dudes in sight and hoped many behind me. I finished less wasted than the C race. I only found out my results later in the evening on Facebook. The only thing I could think of is that there were a few DNF’s, but who knows.

It was windy and rainy for both races. Every lap that went by, the course got less and less ride-able. Fast lines that I found in the C and beginning of B were quickly transformed into mud bogs. Traction was good throughout but there were sections with standing water under grass that zapped speed and energy and then some wonderful mud pits to run and ride through. I am glad I finally got a CX experience that I only read about and have seen pictures of. I’ll also chalk this up to another preparations for a potentially messy Iceman in 3 weeks. 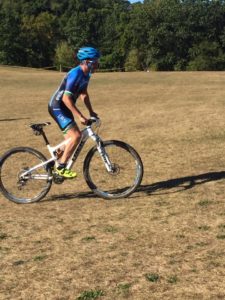 On September 30th, Xterra returned to Fort Custer, I had enjoyed this race in the past and had to do it. The swim course was two 400-meter laps in Eagle Lake with a short beach run between them. Apparently, this is how Xterra Worlds does their swim. It was neat to get out of the water, see where you were in the field, and jump back in for another lap. The warm weather we had earlier warmed the lake up enough to make the swim enjoyable but still wetsuit legal.

The bike course was a combination of the Green and Red trail. My main goal was to not crash, I had a few close calls but was able to stay upright. Passing is difficult on single track trails so a good swim can help you on the bike a lot more here than road triathlons. Something I hope to remember for next year.

The run course used the three miles of the Green trail a technical trail run. I have been struggling with my run off the bike this year but it felt good today. I will be looking forward to this race next year and I hope they keep the fall date.

Michigan Mountain Mayhem Gravel Grinder’s 3rd year was warm with a light rain most of the race, making it slippery and challenging with some very long hills! But what a great race and very well organized with a great meal at the post party. I’ll definitely plan on doing this race next year. I was 4th in the fat tire race.