It’s another year racing for a great team (WSI Cycling) that not only encourages raising money for charity, it’s required. We have the freedom to choose the charity and the riding event. Instead of picking a race, I again chose to ride long hours and many miles in search of birds. It’s an endurance challenge with a twist and has worked well to bring in big money for a great cause.

Similar to last year, I began at 2am and the first bird was yet again, the threatened Henslow’s Sparrow. What a fortunate thing as this bird is very scarce. After that I was quickly off. Unfortunately, it was only around 40 degrees so I had to start in cold weather gear which limited my hearing. Everyone asks why I start at 2am. The answer is not only for Owls, but many other birds that call at night and rarely if at all during the day. I tallied Sedge Wren, Barred Owl, Great-horned Owl, Marsh Wren, Sora, Virginia Rail both cuckoos and many more before even a twinkle of light began to show. Luckily the riding was very uneventful with only one car seen, no flats and dogs that couldn’t catch me. Check out the recording below to hear an Eastern Whip-poor-whil calling along Otis Lake. 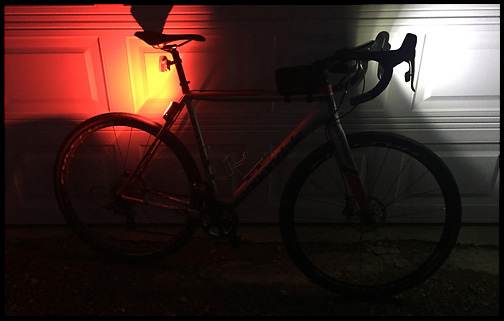 I do need to give a shout out to the fine folks at Team Active Cycling & Fitness who worked with me to get the gearing on my cross bike just perfect for this big ride. I absolutely love this bike and it performed flawlessly. At 4:57am, the morning chorus began to rise quickly as twilight began to erase the stars over Otis Audubon Sanctuary. By 5:45am, I was back on the bike after a float in the Kayak (which was miserably cold in darkness). I was headed for my first spot where some of my crew would join me for a long walk. The morning was beginning to warm which I had really been waiting for. Along with the warm air, the birds were darn good and we had an enjoyable walk. 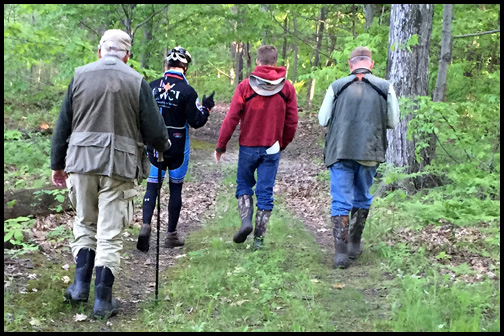 From there, I began running and gunning to spots throughout Yankee Springs ticking birds off left and right. I was missing some that should have been around but I was adding unexpected species throughout. At the Paul Henry Thornapple Trail in Middleville, I found nesting Prothonotary Warblers and after lunch began my longer journeys of the day heading Northeast. The highlight of the day was a very unexpected Common Gallinule as well as a Short-billed Dowitcher at a spot quite a ways north of Hastings. My dad was with me and our excitement could hardly be contained. 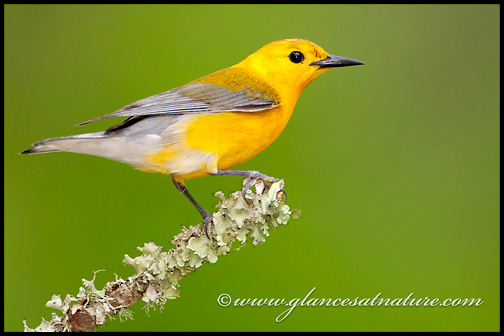 I continued through the miles, had some leg issues around 75 miles in but used some nutrition to get back on track before ending up at Pierce Cedar Creek where not only my crew but my family met up with me to grill brats. Boy did they taste good and my body enjoyed the extra sodium! Another unexpected highlight was a female Northern Bobwhite which all of us were excited to see and hear. 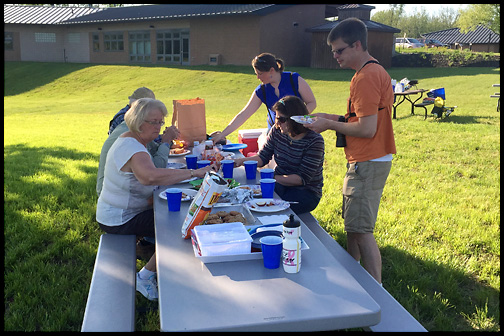 I pedaled the last 10 miles home and ended the day with 102.5 miles ridden, three miles hiked, one mile kayaked and some wicked helmet head after 19hrs! I tallied a staggering 121 species; a Barry County big day record (five more than my record-setting number last year). I am so thankful for safe roads, an amazing crew that supported me throughout the day and great followers that donated to a great cause. I would like to especially thank my dad for providing the best sag support a cyclist could ever hope for. On top of that, he donated twice to the cause. Just awesome… 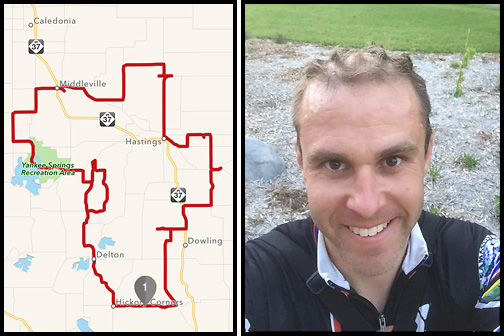 At this point we have raised over $1400 for the Barry County YMCA’s Play 60 program this summer. Because of your generosity, kids in the Hastings community are able to attend these programs and activities completely FREE where they can learn fun new ways to play outside every day. How cool is that!!! It’s not too late, please visit www.active.com/donate/joshhaas15 to read more about this program and to donate via credit/debit card.